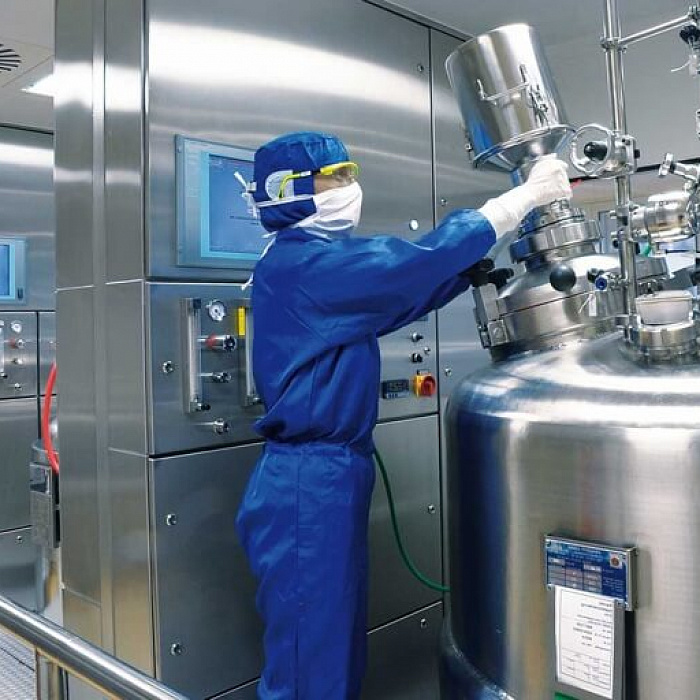 Pharmaceuticals are a priority for import substitution

The Ministry of Industry and Trade called pharmaceuticals a priority area for import substitution, which will meet all the country's needs for medicinal products for treatment of socially significant diseases. According to the Minister, the next stage of import substitution is aimed at the formation of independence for biological and chemical substances, raw materials and equipment.

Denis Manturov, Head of the Ministry of Industry and Trade, named priority areas for import substitution. Pharmaceuticals are among the most important areas. It became known during the meeting of President Vladimir Putin with members of the government.

"In the last ten years, we have built up our competencies and production capacities in this industry, and the pandemic situation has confirmed this once again. About 60 modern plants have been built. All of our enterprises, including those with foreign participation, continue working in the current conditions and express their readiness to stay in our market," the minister said.

According to him, the next stage of import substitution is aimed at formation of independence for biological and chemical substances, raw materials and equipment. This will make it possible to meet all the country's needs for medicinal products for treatment of socially significant diseases, such as oncological, cardiovascular, orphan diseases, HIV and diabetes. Over the past two years, plants for substance synthesis have been built in Moscow, St. Petersburg, Kurgan and Bratsk. They continue to expand both their capacity and their product range. The rest of the raw materials for the industry will be imported from China and India, the minister noted.

In addition to pharmaceuticals, the minister also named aircraft engineering, power engineering, radioelectronics, and the rehabilitation industry among the main industries. According to Manturov, the main task today is to ensure the work of plants and factories with a focus on accelerating import substitution. All industries have identified components and raw materials required for the production of end products.

"We already produce part of the nomenclature and will increase its volume. For this purpose the government has provided additional funds for the Industrial Development Fund. We will also use preferential loans to launch the products we are already developing," Manturov added.

On March 4, the State Duma introduced amendments to a number of legislative acts concerning drug supply. On March 8, the package of measures to support the pharmaceutical industry was signed by the President. The innovations include the possible creation of a register of single suppliers who have not imposed sanctions against Russia, and the inclusion of currency exchange rate changes in the criteria for setting prices for VEDs.

On March 9, the Ministry of Industry and Trade stated that the stock of VEDs and raw materials for them in Russia will be sufficient for up to a year. The stock of medicinal products of most international generic names is more than 25% of sales for 2021. Together with the Ministry of Transport, the agency is working on solving logistical problems.

On March 10, the government prepared a new package of measures to support the pharmaceutical industry. It concerns the list of goods and equipment banned for export from Russia, regulation of the admission of foreign medicinal products to the Russian market, as well as the expansion of opportunities for investors within the framework of SPIC 1.0.